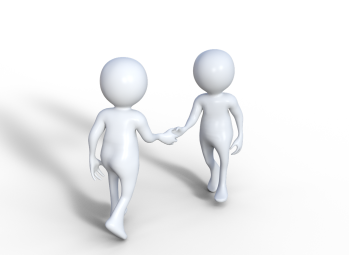 The most effective relationships are built on mutual respect and trust. According to John Hattie in Visible Learning, when respect, trust, care and cooperation are present, it creates an environment where errors are ‘not only tolerated, but also welcomed.’ It’s a theme that runs through Stephen Covey’s best-seller, Seven Habits of Highly Effective People, in particular the habit, ‘Think win-win’.

I’ve been pondering the notion of win-win in the context of schooling. As Covey says, ‘win-win’ is based on the principle of mutual respect and being able to understand the concerns of others in order to come to a mutually beneficial solution. Covey says win-win is based on the spirit of cooperation not competition; it seeks interdependency rather than dependency or independency. It is formulated on abundance rather than deficit so that success for a learner, teacher or school does not come at the expense of another. It is not about your way or my way but working together on a better way.

While I am not so enamoured with the terminology, Covey has a point, which is, that by and large schools condition for a win-lose mindset based on competition rather than cooperation. As Covey says, we don’t assess students against their effort or capacity but rather their performance on a test, which is always comparative to other learners. If further proof is needed, look at how many students who achieve ‘Cs’ are recognised at school awards nights for their effort or persistence on challenging tasks.

Emeritus Professor Patrick Griffin in his 2015 Ann D Clark lecture admitted that the bell-curve has dominated education since the last century. He said, ‘we take it for granted that the [student] population is uniformly distributed… these are drilled into student teachers. In the classroom, a number is next to useless’.

While Covey admits that although win-win is the end goal, it is not always feasible. Nonetheless, the win-win paradigm is useful when thinking about the relationships in learning spaces, which have often been dominated by the teacher and classroom structures which have been focussed on performance rather than mastery. All of this serves to reinforce the win-lose paradigm, which is the bedrock of the industrial model of schooling and continues to be replicated in schools today. How many solutions are reactive and imposed unilaterally by adults? And how many of these end up having a positive effect on the learner?

Schools by and large still operate under a win-lose model whereby learners are excluded from being full and active participants in the learning process. It seems paradoxically that in wanting today’s learners to be problem-solvers and critical thinkers, we see classrooms that are still dominated by teacher-talk and questioning (see Hattie) or where students are effectively ‘shut-down’ or ‘shut-out’ of learning by teachers. In those situations, is the teacher seeking a win-lose or a win-win and at what cost to the preservation of the child-teacher relationship?

Many schools name ‘respect’ as one of their core values. Yet, if win-win is not visible in the learning environment, can schools really claim respect is mutual?